What Basic Training Taught Me 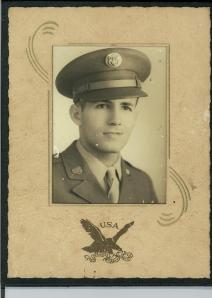 I was not writing today. There was no need to write today. I had already done Friday Coffee In My Garden. I did the weekly photo challenge yesterday. Sing Along Sunday for tomorrow was already done and ready to (hopefully) load itself tomorrow morning (efficient creature that I am). All I intended to do today was pop on, approve comments, and check stats (I love seeing new flags and new countries colored in). My husband glanced over and said “You look like you’re playing Risk.”

Today was reserved for unpacking boxes, setting the house to rights and organizing the garage before the summer heat sets in. I’m on the schedule to cantor at Mass this evening and sing with the choir tomorrow so it’s not like I had a lot of extra time today to begin with.

In my Coffee In My Garden post from yesterday I talked a little about Air Force Me. She’s been hounding me with “remember when?” ever since. I promised her I would write about her for Veteran’s Day if she would just shut up for now. I wanted to post a picture of her in uniform. I haven’t seen those pictures in years, not since the kids dragged them out one day three or four moves ago. Me in my dress blues. Me in fatigues with my flight and our drill sergeant. I challenged them to find me in the sea of green. We all looked alike to me. They found me in under a second. “Duh, Mom, center stage as usual.” I tried to hide and they made me a squad leader. Go figure.

The first box (of a lot I had to choose from) turned out to be a box of photographs. I wasn’t going to look at them, just put them in another box until I could get to them. And there she was. Air Force Me. What were the chances the only picture I looked at was the one I needed? They weren’t even my pictures. They were my mother-in-law’s. Thank you, Fran.

I don’t have a scanner, so this picture is the cell phone picture of my picture, taken on a dead run between rain showers because the ones I took inside didn’t turn out well.

I come from a military family. My father, brother, brother-in-law, sister-in-law and various assorted cousins and uncles were Army Air Corps and later on Air Force (as one morphed into the other). My uncles on my mother’s side were all Navy. Both sides have Marines. My husband was in the Air Force. Our son is a Marine.

I had never intended to actually join any of the services myself. If anyone who knew me had suggested I would, everyone except my sister-in-law (who had been there done that) would still be laughing. I would have laughed.

And then came marriage. Hubby was on active duty with the Air Force. We were moving a lot. I was trying to build a career way before our children were even thought of. I found myself training people to supervise me again and again. When I asked how come I was considered good enough to train them but not good enough to do the job myself, I was told “You’re great. If you were going to be here, the job would have been yours. But you’re going to be gone in a year or so. We need someone who’s going to be here.” About the second or third time I heard that, I complained about it in the presence of a recruiter, who had an answer.

“Why don’t you join and get a join spouse assignment?”

I laughed. But we were living in a small town at the time, had just bought a brand new house, and the job market was the pits. If we were going to stay in (and the original plan was we were) then I might as well. But smart college graduate that I was, I was going to get it all in writing first.

Plan A was to go in as an officer, but I wasn’t a lawyer or a pilot, so that was out. Plan B was to go in as a journalist. The only thing was, when I took the little test that shows what you’re best at, I scored high in journalism, crypto (puzzle fiend that I am), and electronics. That’s when the fun began.

In a basement somewhere decoding stuff. Boring. Not near my husband. Unacceptable. We were in the midst of me rattling around our empty Florida house while he was on a remote tour to Alaska. We didn’t want to do that again, especially not forever. As luck would have it, if I went into electronics I would be working in a lab at the very base where my husband was stationed. And they had those labs at every base. Wahoo! So this time he would be rattling around our empty Florida house while I went to basic training in Texas (where my brother had gone earlier), followed by tech school in Colorado where I would be one of the first females to go through that school. Great hiking. Skiing nearby. I could handle that.

When I stopped by the recruiting office to sign my last bit of paperwork my recruiter was not there. My recruiter had joined the Army. For real. That’s when I started to get nervous.

My mother had taught me to dress nicely on the airplane. So there I was at Lackland Air Force Base in San Antonio, Texas in my summer flowered skirt and top, dress sandals, perfectly manicured fingernails and toenails. I could hear the female training instructor, aka The Banshee From Hell shrieking at each female as they got off the bus, but when she saw me she stopped yelling and just stared. Then she said “Oh, Princess, we are going to have soooooo much fun with you.”

We got a short phone call home (not as short as the one we got from our Marine a few years ago) but too short nevertheless. When I heard my husband’s voice I burst into tears.

Me: This is a huge mistake. I’m coming home now.
Him: You can’t. I have money on you.
Me: What?
Hubby: There’s a pool going to see how quickly you’ll drop.
Me: Oh really?
Exit Wussy Me.
Enter Air Force Me.

Every time I even thought about dropping (as anyone who has gone through any sort of boot camp can tell you is every second of every day) I remembered that conversation and resolved that I was not only going to survive, I was going to be the best airman that ever walked the earth and anyone who doubted me could eat my dust.

It wasn’t easy. God only knows why our TI (a male, the female trained our brother flight) picked me to be squad leader, but he did. I am not a yeller. I explained that to my squad, not that they could hear me from all the yelling from the other squad leaders and both TIs, but they seemed to get it. We lost a lot of people the next day, a lot more the following week. As it turns out years of ballet training translates perfectly to running across a wire over a river and being small comes in handy while crawling on one’s belly under barbed wire. Who knew? That part was actually fun (on the confidence course with no one shooting at us) – by then we were used to the yelling. I told my squad if we all pulled together and did what we were supposed to do quietly and well, we could fly under the radar straight to graduation while everyone else was busy ripping each other to shreds. That plan worked until I pulled both Achilles tendons. I thought I was toast. I tried to hand over my squad to someone who could actually walk, figured I’d be recycled (which means sent back to go through all this joyousness again). They wouldn’t let me.

Thanks to good medical care, prayer, sheer determination that I was not going to stay on that base one second longer than I had to and a healthy body that healed quickly enough for me to meet all my requirements on time (I would kill to have that body back) I made it through graduation – as an honor grad.

Things I learned at basic training:
1. You can do way more than you think you can
2. Having done that, you can never really settle for less

You may try, but your military self knows better and will nag you until you shape up and do it.

“Once a Marine” is true of the other services as well.

We in other services may kid each other about whose branch is best. My old writing partner was an Army Lt. Colonel. He loved slogging in the mud with his tanks and teased me unmercifully about being in the “country club service”.

Him: You don’t even sleep in the field. You just fly in, do your thing, then go to the club.
Me: What’s your point?

But we all share the bond of having survived basic training in one form or another. I was lucky. It was quiet on our watch. Others have survived far more. Some didn’t and we remember them.

One thing’s for sure. Most of us were lumps of coal going in, but by graduation we were diamonds.
Every single one.

11 thoughts on “What Basic Training Taught Me”